The Pros and Cons of Using Pop-Ups 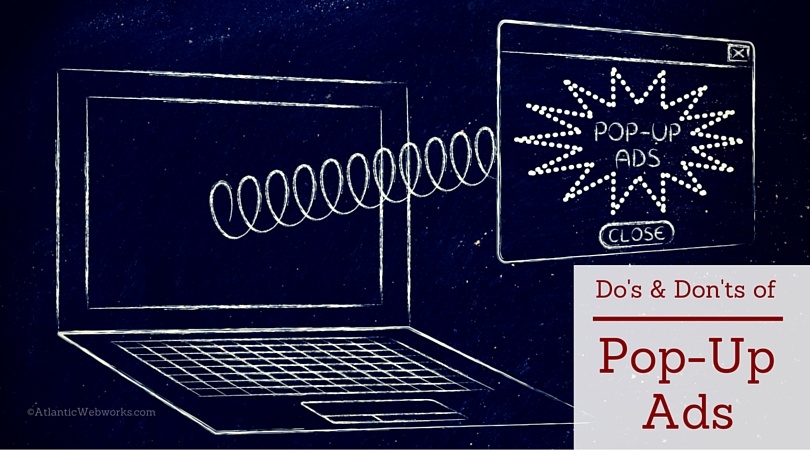 Pop-up ads are nothing new to the internet, but if you feel like you're seeing them for more than just ads, you're correct. Almost any site you go to these days has some form of pop-up with a call to action on it. Whether it's to sign up for the newsletter or blog, or get a downloadable from the site, pop-ups are everywhere.

If you're thinking of adding a pop-up to your site, you'll want to  consider the pros and cons of them. We'll cover those as well as a few do's and don'ts. 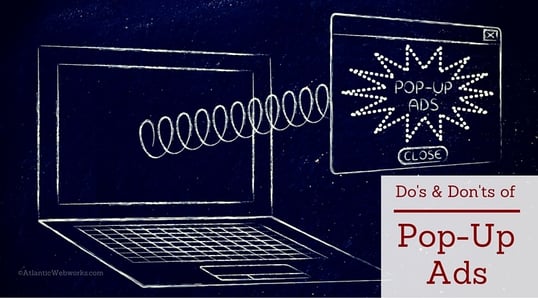 Cost - They're cheap. If you're on WordPress, there are several plugins that offer them as a service. Some are free and have limitations, and some have a cost but have more features.

Visibility - They're right there front and center or at the bottom—wherever you choose to have them pop up.

Conversion - This is the main reason sites use them, and they work very well to convert visitors to subscribers. Having a pop-up on your site can increase your subscriptions by as much as 35%. That's HUGE.

Annoying - This is by far the biggest drawback of using pop-ups. People either love them or hate them. I took an informal poll on Facebook to get people's reactions to pop-ups, and here are some of the comments:

Pop-Up Blockers - With the news that Google is going to start cracking down on pop-up ads, you may have to rethink them once they're installed.

Spammy - More? Better—one pop-up blocker is enough. Putting too many on your site will cause people to exit because they can't get to the information that they came for in the first place. Quite often, you'll see multiple pop-ups for the same offering which is redundant, spammy, AND annoying.

Now that we've touched on the pros and cons, if you decide that a pop-up is for you and your site, see these do's and don'ts so that the experience will be as pleasant as possible for your visitors.

Do's and Don'ts of Pop-Ups

So, are you ready to put pop-ups on your site? Which goal do you think would be most effective for your brand?