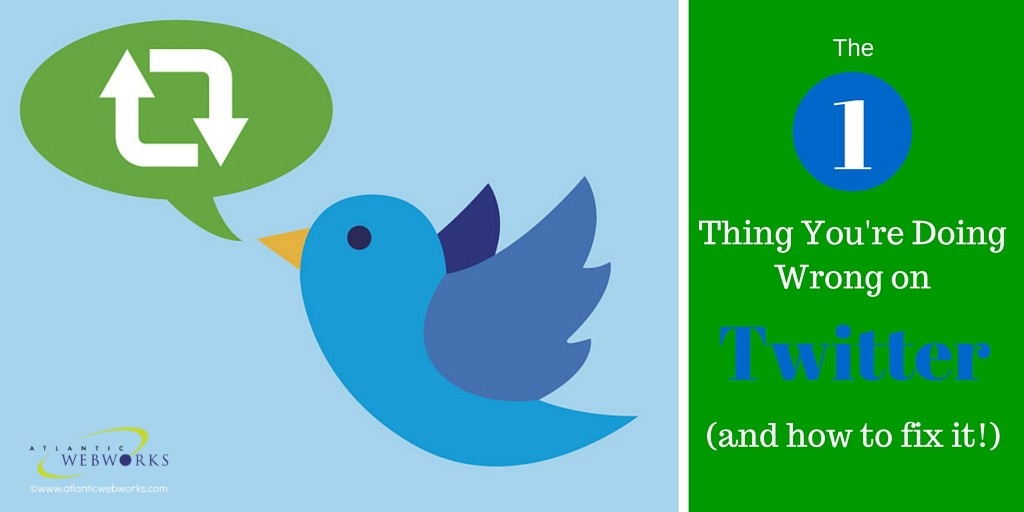 Rarely a week goes by that I don't say to myself or in a tweet, "I miss the old days of Twitter," and it's true. Twitter today is nothing like the Twitter that I knew and loved when I started on the platform—even 3 or 4 years ago. It's become nothing more than push messages of "read this!" or "look at me!" and actually having engagement? Forget about it.

As a diehard Hootsuite user, I rarely go to the actual Twitter site, but since Twitter changed their format from "favoriting" a tweet to "liking" it, I've been on their site more just to check out the people who have "favorited" my posts. Why the extra step? Because if you use Hootsuite and have a column set up for your sent tweets, it will show you that someone has retweeted or favorited one of your tweets, but it doesn't show you who did it.

Once I'm on Twitter, I'll head to the "notifications" tab of the site, and that's where you'll find all the intel on people who've interacted with your posts: you, added you, etc., and this is where I noticed something a few months ago.

People had been responding to me on my tweets, and I had zero knowledge of it.

As I looked into it a little bit more and tried to figure out how it was happening, the reason was so simple: when they were replying to my tweet, they weren't including me IN their tweet. Here's an example:

In trying to figure out how it was happening, I realized that it had to be from people sharing, etc., on Twitter.com, and as I started testing that, I saw how easy it was to not include the original poster. If I've been doing this for more than 7 years and can make that mistake, imagine how easily someone new(er) to Twitter could do it.

One of the problems is that when you retweet someone, you're given a couple of options on HOW to do it—quote and edit. Let's look at the differences on Hootsuite: 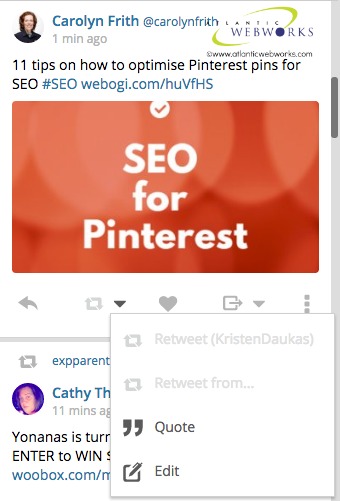 So what does using the "quote" option do when you click it? It will autofill your message box with only the url to the article, etc., that the original Tweeter shared. No mention for them, no context, nothing. But by choosing the "edit" option, you're given a full dialogue that includes "RT," their original content, their Twitter handle, and the URL. You can opt to put your own remarks before the RT, which I almost always do.

Now this where it gets a little tricky, and I'm willing to bet that it's where the ball is getting dropped in your knowing that people are trying to engage with you. Look at the following example:

Here's the original tweet that I wanted to retweet. 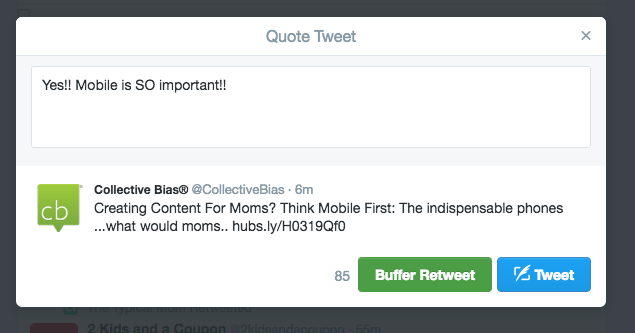 Now, when I hit the "retweet" button in the original tweet (that's the square made up of arrows), this is the pop-up that I receive. You can either just hit the "tweet" button or add a comment like I did. But unless I had put "@CollectiveBias" in that text box, they would not have received any notification that I had retweeted or responded to that post!

Absolutely, no way for them to know unless they're looking in the notification section of Twitter!!

You can avoid this whole thing by remembering one simple thing: no matter where you use Twitter, anytime you want to retweet something, double-check to be sure that you're including the original poster(s) in your outgoing tweet. It's a simple and small step that could increase your Twitter engagement a lot! Oh, and one more thing—start visiting the "notification" section of your Twitter profile. You'll be surprised at what you'll find there!