How to Handle a Social Media or PR Crisis 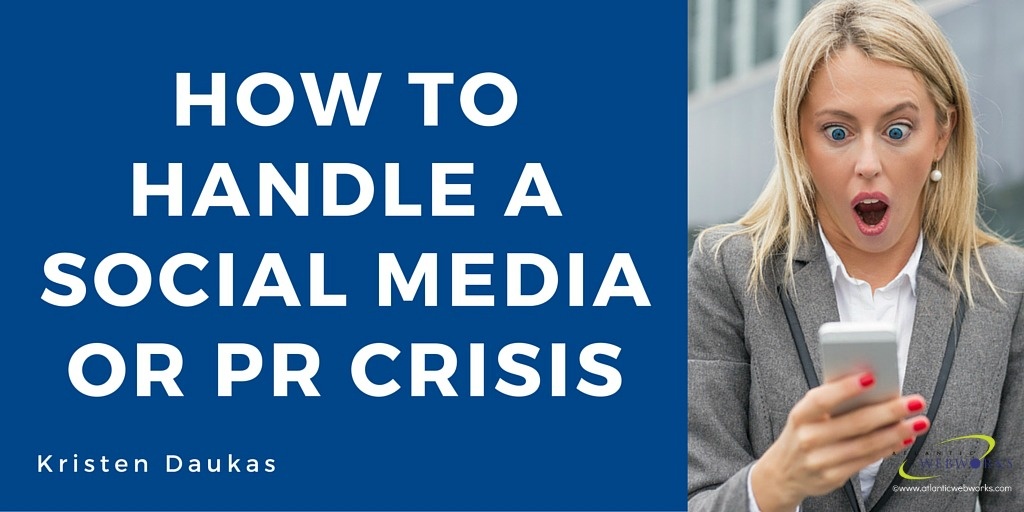 What to Do When a Crisis Hits

Several years ago, I worked in the field of business continuity and disaster recovery, which basically helped companies be prepared should a crisis or something devastating happen to their businesses. How quickly could you get back up and running with the least amount of downtime possible and not lose your business? One of the biggest things we had to coach people on when it came to these situations was this:

The best time to plan for a crisis was before it happened - not during.

Seems like a simple concept, doesn't it? But you wouldn't believe how many people took the attitude "It won't happen to us."  And you know what, the majority of them were correct. But the ones that weren't—different story.

The same goes for companies using social media to market and brand themselves. While most of us could post an errant tweet, quickly delete it and have it go virtually unnoticed, there are some well-documented instances of companies who suddenly found themselves in the middle of a PR crisis. These are some of the notable ones:

The list goes on, and those are just a few notable moments on Twitter—believe me, it's happened on all the other social media sites as well.

So, how do you handle something like this before it escalates into something potentially detrimental to your organization? Here are a few suggestions:

Plan Ahead - Just go ahead and assume that something some day is going to happen, and then decide  how you will react—not just in one scenario but in several different ones. While you can't plan for everything, having a few plans in your social media toolbox could serve to be very beneficial.

Own It - Seriously, the only thing worse than when something like this happens is when a company denies it or tries to cover it up. Decide WHO will respond (believe it or not, the person you think should respond, such as the CEO, etc., may not be the best one during this moment). Remember, you don't have to respond immediately, but you do need to respond pretty close to it. If you have a plan in place, as soon as something happens, you'll already know who to contact immediately and start drafting your response.

Monitor Your Social - Even if you have outsourced your marketing, someone in your company should ALWAYS be monitoring your brand. While most agencies (like us) have an eye on their clients around the clock, not all of them do, and Murphy's Law will dictate that these are the kind of scenarios that rarely happen between 9 am and 5 pm. Understanding that all of us have to sleep and that there is a possibility that something could happen during those hours, it should be immediately addressed first thing the next morning. For most small to medium-sized businesses, this is fine. Major brands, however, DO have someone monitoring them 24/7 because they don't have time to wait before the entire world sees it. Think I'm kidding? Go back to my first paragraph on the brands who have (hopefully) learned what happens when you don't.

If the only thing you take from this is one thing, I hope it's this:

An ounce of prevention is worth a pound of cure.

And in this scenario, your "prevention" is planning because, let's face it, in the world of social, digital, and live streaming, there really is no way to completely prevent an issue from happening. But, a well-thought-out plan WILL help you bounce back with as little damage as possible.